The dollar rose against the Euro in today’s trading session, regaining some ground it lost earlier in the month, bolstered by expectations of another supersized rate increase at this week's Federal Reserve monetary policy meeting.

Investors widely expect the Fed on Wednesday to raise its benchmark overnight interest rate by 75 basis points to a range of 3.75% to 4.00%, its fourth such increase in a row.

With a 75-basis point rate hike pretty much priced in to the market, the major focus will be on the following monetary speech by the Fed to see whether they will tone down their rhetoric with regards to future aggressive rate hikes.

"Currency markets are in wait-and-see mode ahead of the Fed's rate setting FOMC meeting on Wednesday after we saw a bit more of a balanced tone from some other central banks," said Samy Chaar, chief economist at Lombard Odier.

"The question is will the Fed follow through, it's not going to be a dovish pivot, it's far too soon to loosen financial conditions, but will we get something more balanced rather than another hawkish surprise?" he added. 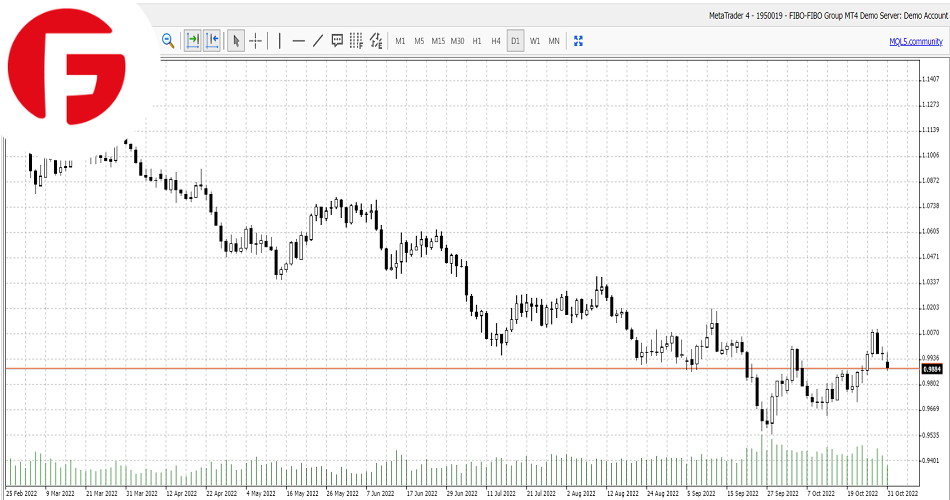 Earlier today, we saw the release of Eurozone inflation data that hit the market hotter than expected at 10.7%, a fresh record high but this barely helped the Euro and the currency actually fell not long after the news was released. This shows market participants are mainly focused on Wednesday’s rate decision by the Fed and should the EUR/USD currency pair `break down through a key level, further losses are likely on the cards.

“With global growth under pressure from tighter rates, we think the eurozone and the euro will continue to struggle. That is why last Thursday's high of 1.0089 in EUR/USD could have been significant. A close back under the 0.9900/9910 area this week would support our preferred view of EUR/USD retesting the lows near 0.95.” said analysts from ING