The Euro rose for a fourth consecutive day against the greenback in yesterday’s trading session as Eurozone inflation hit a new record high last month, smashing analysts’ expectations and piling pressure on the European Central Bank to bite the bullet and admit that the record high inflations figures may be here to stay

Inflation across the Eurozone as a whole jumped significantly to 5.1% in January against analysts’ expectations for a figure of 4.4% and slightly up from last month’s reading of 5% data from Eurostat showed on Wednesday which was caused by soaring energy and rising food prices.

For months now, the ECB has been brushing off the inflation figures as temporary but with the latest CPI numbers, some say there could be a change of tune today when the European central bank announces their latest interest rate decision.

It is widely expected the ECB will keep rates on hold and the focus will be on the following monetary statement to see if there are any signs of potential rate rises as the year unfolds to contain the runaway inflation which is now more than twice the ECB's 2% target.

The central bank, which will hold a policy meeting on Thursday, has for months shrugged off data showing prices climbing, arguing that temporary factors are behind the rise and inflation will abate soon on its own.

Looking ahead today, it’s a busy day ahead on the economic calendar kicking off with PMI service fogires for Italy and Spain and finalized services and composite PMIs for France, Germany, and the Eurozone.

While this news may create some noise, the ECB monetary policy decision and press conference will be the key drivers as traders look for any shift in the ECB’s stance on inflation and interest rates. 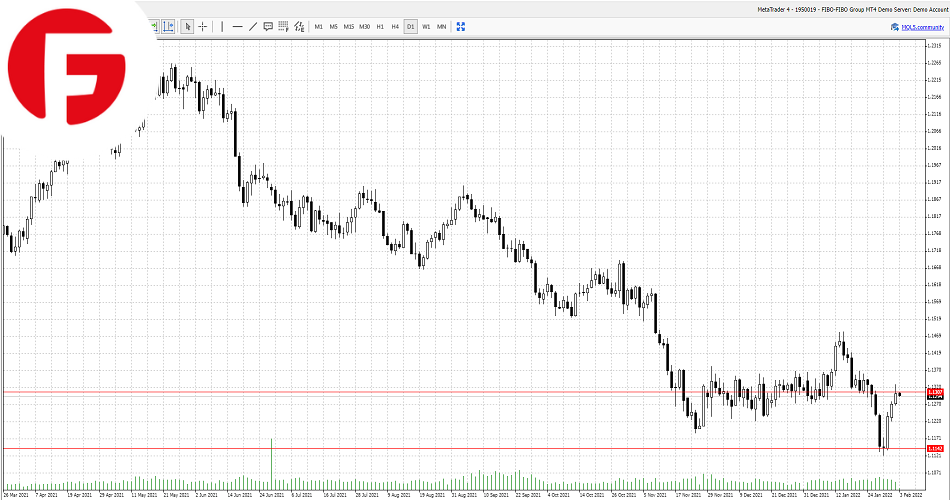 As we can see on the chart, the EUR/USD currency pair is trading in a very tight range just below the $1.1300 level as market participants await the interest rate decision from the ECB followed by the monetary press conference.

In anticipation of a more hawkish ECB, the Euro has made some solid gains this week but not all analysts are convinced this will be the case and believe the ECB will decide to keep to the script and pledge that rates will stay on hold for now which may cause a sharp reversal of the recent gains

“We think that patience will prevail over panic in the ECB’s message when it comes to inflation and given the bar for a hawkish surprise is placed quite high after this week’s consumer price index figures, we expect EUR/USD to give up some of its recent gains after the ECB announcement,” said analysts from ING.