The Euro came extremely close in yesterday’s trading session to hitting parity against the US dollar as recession fears grow throughout the Eurozone which was also exacerbated by an aggressive US Federal reserve who are hell bent on lifting interest rates to reign in inflation.

In recent weeks, the European Central Bank has taken a more aggressive approach with regards to lifting interest rates which has given some type of support for the Euro as the chances of a rate differentials blowout between the US and European Union subsided.

That has all changed in recent days after several disappointing rounds of economic news were released from Europe that showed the Euro block may not be in a position to lift rates in fear of pushing the economy off a cliff.

“Growing fears of a recession are hammering the euro lower, whilst the dollar is soaring on bets that the Fed will keep hiking rates aggressively to tame inflation,” said Fiona Cincotta, analyst from City Index.

“Today’s PMI data from Europe have highlighted the risk of slowing growth at the end of the second quarter and raise the prospect of a contraction in activity in the coming months.” She added.

With the euro now sitting at a 20-year low, market participants are fretting over the possibility that Russia may cut off gas supply to Europe and plunge the region into recession. This situation, on top of others, would make it harder for the European Central Bank to tighten policy, and likely widen the interest rate differentials with the US. 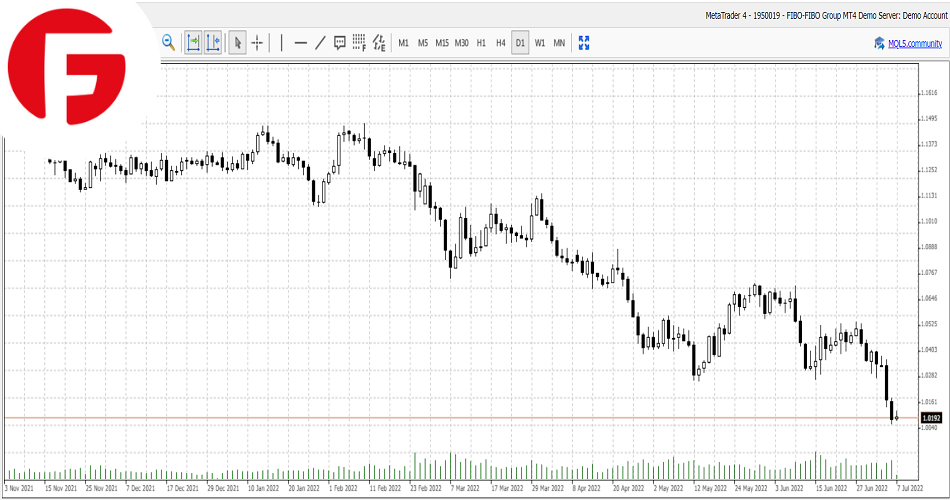 As we enter today’s trading session, the Euro is under further pressure on the back of disappointing data from Germany which has just hit the market. Industrial production figures from Europe’s powerhouse came in at 0.2 percent against analysts’ expectations for a figure of 0.4 percent and adds to the case of a possible recession in the Eurozone.

The market will now pay attention to the continuing jobless and initial jobless claims figures from the US due for release later in the American session and a strong round of figures will set the stage for a solid non-farm payrolls figure tomorrow and push the Euro even closer to parity with the US dollar.