The Euro made an unexpected bounce yesterday’s trading session, racking up gains of more than 20 points against the US dollar and seemingly brushing off disappointing economic data from Germany and mixed news from the US.

Retail Sales from Germany, Europe’s largest economy, hit the market yesterday at -0.9% against analysts’ expectations for a figure of 1.8% and shows that German consumers are still hesitant to open their wallets as they grapple with the after effects of the covid 19 pandemic

From the other side of the Atlantic we saw PMI Manufacturing figures from the US for October, which came in at 60.8, slightly above analysts’ expectations for a figure of 60.6. Markit manufacturing numbers were a little disappointing coming in at 58.4 against consensus for a figure of 59.2

As we enter the European session today the Euro/USD currency pair is hovering around the $1.1600 mark, failing to find a direction and this may be caused as traders sit on the sidelines and await the latest interest rate decision and monetary statement due for release by the US Federal reserve tomorrow.

While the Fed is not on course to change interest rates until late next year, word is they will announce a reduction in their stimulus plan which was introduced to boost the economy to counter the effects of the pandemic.

In clearer terms it means that the US Central Bank will lay out its schedule for reducing its monthly asset purchases which currently stand at currently $120 billion which is seen as the first step before lifting interest rates.

On the other hand, the ECB is still a long way from reducing their bond-buying program or hiking interest rates and as the yield differential grows between the Euro and the greenback and solid recovery for the European currency looks unlikely.

There is already a significant amount of premium priced into the EURO/USD currency pair regarding tomorrow’s stimulus announcement by the Fed and the key to the Euro’s fortunes will be the size of the reduction that is announced and if its less than expected the Euro may receive a boost. 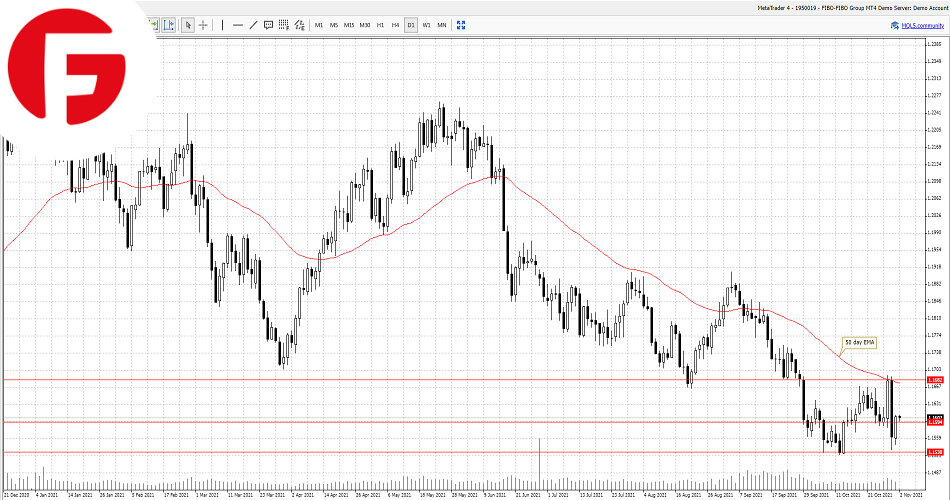 In today’s trading session we can see on the chart that the Euro has regained a critical support level which it held for over 2 weeks at $1.1597 and it is critical that its stays above this mark as we head tomorrows trading session and towards the Feds interest rate decision.

Later today we will see the release of Markit Manufacturing figures from Germany and the Eurozone which may lead to some selling pressure in the EURO/USD currency pair if the news fails to meet expectations.