The Euro is pairing its gains against the US dollar from the Asian session as we enter the European session after a round of disappointing data from Germany has left the European currency on the back foot as the trading week comes to a close.

The German IFO Business Climate Index, one of Germany’s leading business indicators tumbled to 90.8 in March versus last month's figure of 98.5 and well below analysts’ expectations for a figure 94.2.

The Current Economic Assessment figures were also disappointing coming in at 97.1 points this time around, slightly less than last month's number of 98.6 but above consensus for a reading of 96.5.

The IFO Expectations Index which is a prediction of a firms projections for the next six months, slumped to a dismal 85.1 in March, well down from the previous month’s figure of 98.4 and also lower than analysts’ expectations for a figure of 92.0.

Ifo analysts now expects economic growth of between 2.2% and 3.1% this year which is well below the previous forecast of 3.7%. For next year, it expects GDP growth of 3.3% in a worst-case scenario and 3.9% in its alternative scenario. This is up from a forecast of 2.9% growth in December.

These grim predictions are likely to weigh on the Euro in the coming months and especially if we compare to the US where current economic figures have all been revised upwards. 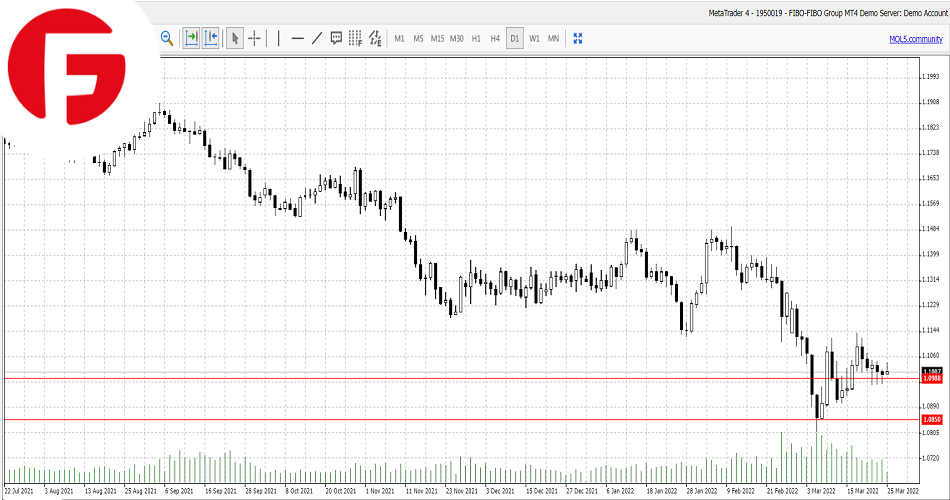 Looking further ahead today, the main drivers of the EUR/USD currency pair will be a monetary speech by Fed board member John Williams who is expected to reiterate the need for the US central bank to press ahead with further rate hikes next month.

We will also see the release of the pending home sales figures and the Michigan consumer sediment index numbers which may also cause some movement in the EUR/USD currency pair to close out the week.