The Euro is trading higher against the US dollar in today’s trading session, following on from last Friday’s strong recovery after investors dumped the greenback but according to some analysts the party may be short live and believes the EUR/USD currency pair will revisit parity in the non to distant future.

Danske Bank was one of the few doves who predicted troubles for the Eurozone economic outlook in 2022 and has maintained the same expectations for this year.

The bank expects the US dollar will remain strong that balance of payments trends will continue to have an important impact on the Eurozone as a whole.

“Deteriorating current account balances and surging real interest rates shook G10 currency markets last year. We do not think the storm is over. Rather, G10 currencies are entering year two of what could turn out to be a prolonged current account crisis.” according to analysts Danske.

Although there has been a retreat in energy prices due to mild weather conditions in Western Europe, the bank still expects major pressures on Europe, especially as governments are having to subsidize energy costs for consumers and businesses.

Germany, the powerhouse of the Eurozone is expected to continue thier substantial government spending which will undermine the fiscal position and have an important wider impact in destabilizing the Euro area which in turn will pressure the Euro.

“German fiscal policy, once the bedrock of the Eurozone economy, became a drag on the EUR last year and we expect it will continue to be so this year. Germany plans structural public deficits for the time being and has tied its budget to the faith of natural gas prices. Germany no longer acts as the counterforce to weaker economic balances in the South.” they said. 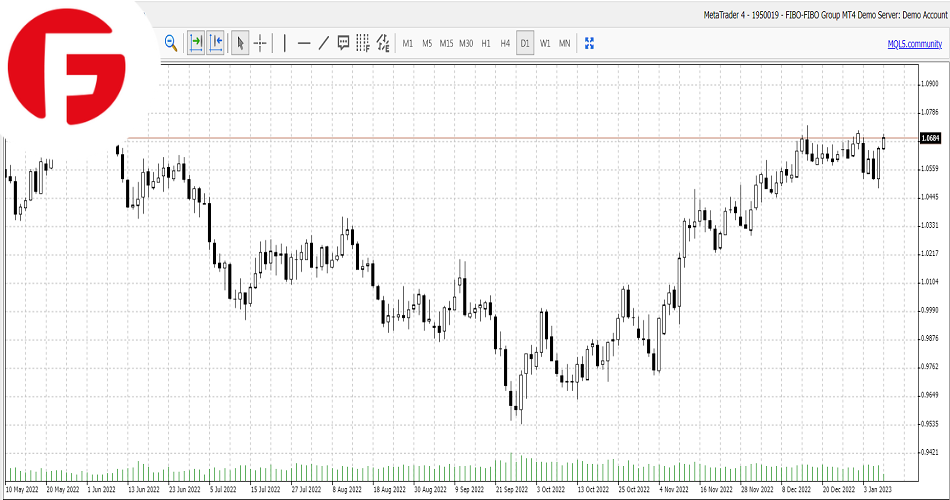 Looking further ahead today, the main drivers of the Euro/USD currency pair will be a monetary speech during the American session by Federal Reserve board member Raphael W. Bostic and market participants will be all ears for signs on the size of the next interest rate hike.

With no other important news expected, the focus will then be on tomorrow’s speech by US Federal Reserve boss Jerome Powell who will update the market on the central banks next moves.