The Euro received a significant boost yesterday and the uptrend seems to be continuing today after the release of weaker than expected inflation figures cooled expectations that the Eurozone may be headed for a recession and another jumbo rate hike next month.

Euro Area annual inflation yesterday hit the market at 10% for November, down from 10.6% in October to post its first decline since July 2021. Energy continues to have the highest annual rate but declined from 41.5% in October to 34.9% in November.

With inflation running at more than five times its 2% target, the ECB has raised interest rates at its fastest pace on record this year and a string of hikes over the coming months is still likely as price growth will take years to tame.

The size of the next rate hike however has been thrown into doubt and market bets, which had been split between moves of 50 and 75 basis points, moved sharply on Wednesday's data and investors now see a 50 basis point move as the most likely outcome for December.

"While we're far from out of the woods yet, it does look like the current economic environment could push the European Central Bank to a smaller 50 bp hike next month," said Bert Colijn, an economist at ING. 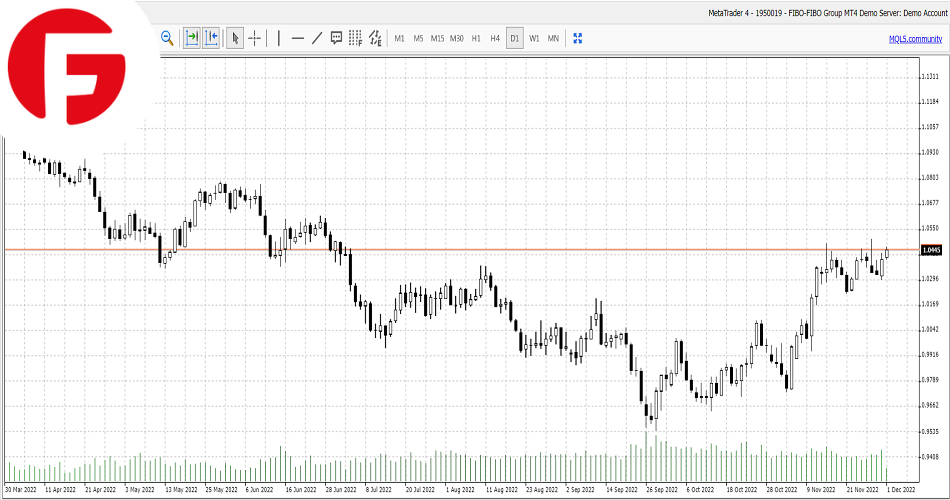 Looking ahead today, the Euro has remained strong and brushed off a round of disappointing data after Germany's Retail Sales hit the market at - 2.8 percent October versus analysts’ expectations for a figure of -0.6 percent and well down from the previous 0.9 percent figures released by Destatis showed on Thursday.

On an annualized basis, the bloc’s Retail Sales came in at -5.0 percent in October versus the -2.8 percent expected and a 0.9 percent drop recorded in September.

Other data due for release that will drive the EUR/USD currency pair will be the release of the unemployment rate from the Eurozone as well as the ISM manufacturing figures which will hit the market later during the American session.