According to Dutch central bank chief Klaas Knot, the European Central Bank is at risk of not tightening policy enough to bring down inflation and is leaving open the possibility of doing too little too late.

The ECB has raised rates by a combined 200 basis points so far this year and more rate hikes are expected but some policymakers, including chief economist Philip Lane, have recently made the case for a slowdown in the pace of rate hikes.

This however is not the case with Mt Knott who is advocating for more rate hikes starting at next months interest rate decision.

"As long as the risks to our inflation outlook are so clearly tilted to the upside, I think the risk of us doing too little is clearly more pronounced than us doing too much," he added. "We should not give up too early and not cry victory too early." He added.

He also mentioned that it is no certainty the Eurozone will fall into a recession and although higher rates will put pressure on economic growth, it is an evil necessity cto get inflation under control.

"If you look at Germany, where actually the economy is doing better than then was feared, it's not a foregone conclusion that we will get a recession. We will get weaker growth, that's for sure. But we also need weaker growth to bring inflation back to target." he said.

The ECB will next meet on Dec. 15 and policymakers appear to be split between a 50 and a 75-basis point hike and with just a little over 2 weeks for the rate decision, economic data released until this date will be key in swaying the ECB board members minds. 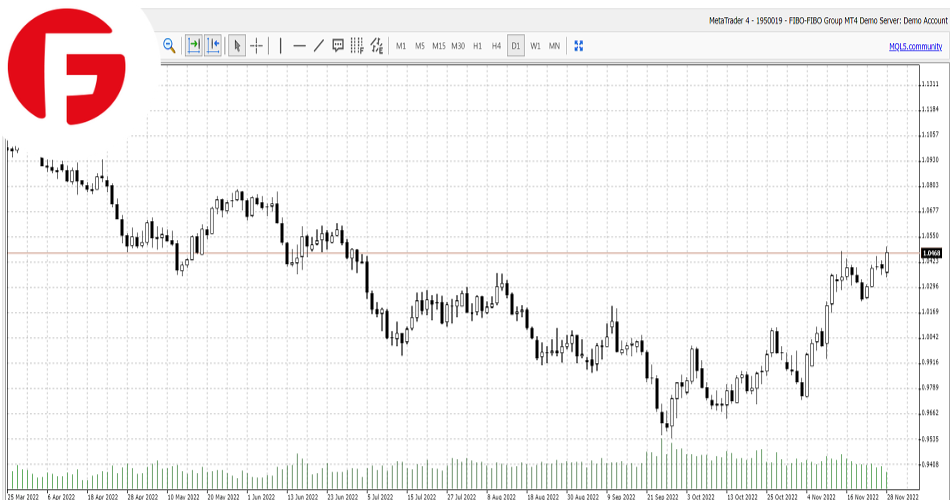 Looking further ahead today, the key drivers of the EUR/USD currency pair will be a monetary speech by ECB president Christine Lagarde where she is expected to lay out the plan for interest rate hikes moving forward and some volatility in the currency pair is expected.

The civil unrest currently going on in China due to the current Covid lockdown restrictions will be closely monitored by market participants and any further escalation is likely to benefit the US dollar as safe haven bet.