The euro is under pressure in today’s trading session against the US dollar after a disappointing round of GDP figures has led to speculation the European economy may be headed for a recession.

Output rose 0.6 percent from the previous quarter against analysts’ expectations for a figure of 0.7 percent and while the data still shows Europe’s economy was on a relatively firm footing coming into the summer, analysts worry that energy shortages will drive record inflation higher still, tipping the continent into a recession.

“We now expect a recession for the euro area, triggered by high energy prices, in turn, a consequence of reduced gas supplies from Russia.” Said Economists at Commerzbank

Inflation is expected to average almost 8% in 2022 -- about four times the European Central Bank’s goal. Officials have stressed the importance of reacting forcefully to prevent expectations of higher inflation from becoming entrenched, though some economists question how far interest rates can be lifted if there’s a recession. 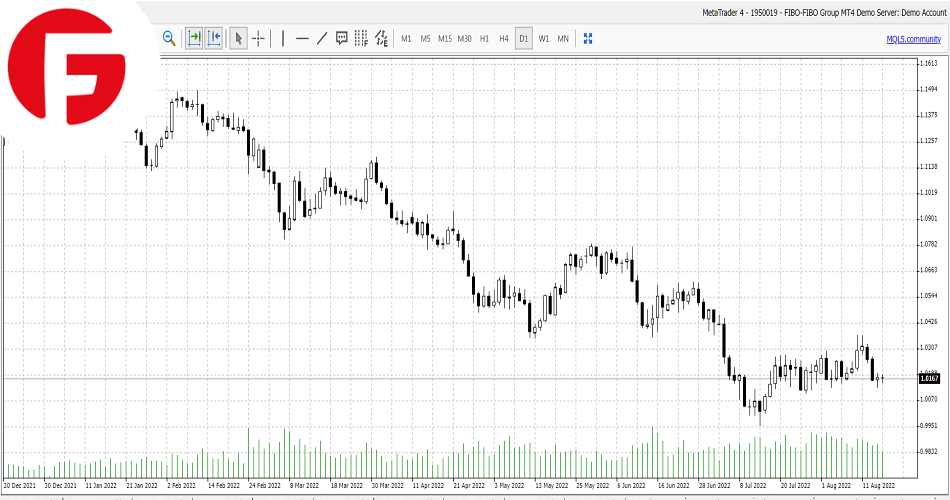 The main driver of the EUR/USD currency as we enter the American session will be the release of monthly Retail Sales figures for July and the headline sales are estimated to register a modest 0.1% growth during the reported month, down sharply from the 1% increase in June. Excluding autos, core retail sales probably shrunk by 0.1% in July against the 1% rise in the previous month.