Energy supply concerns are also beginning to weigh on the euro and European Union countries approved a weakened emergency plan to reduce gas demand yesterday, after striking compromise deals to limit the cuts for some countries, as they brace for further disruptions in gas supplies from Russia or even a complete shutoff.

The Fed is widely expected to raise interest rates by 75 basis points on today, with investors keeping a close eye on the central bank's forward guidance as it deals with record high inflation and the potential for a recession. Last week, the European Central Bank (ECB) raised rates by 50 basis points which initially gave boost to the European currency but as of today, it has basically given up all of the gains.

"The writing is on the wall for the euro. I know it has been a punching bag for quite some time, but these growth concerns are not going to get any better, the energy crisis it just seems like it is only going to get worse," said Edward Moya, senior market analyst at Oanda in New York.

"There are growing risks we could see investors become a little bit more nervous that it might not just be a very brief recession, that it could be a little bit more hard-hitting, so you are probably still going to see that safe-haven flows into the dollar are likely to remain the focal point for many traders." He added. 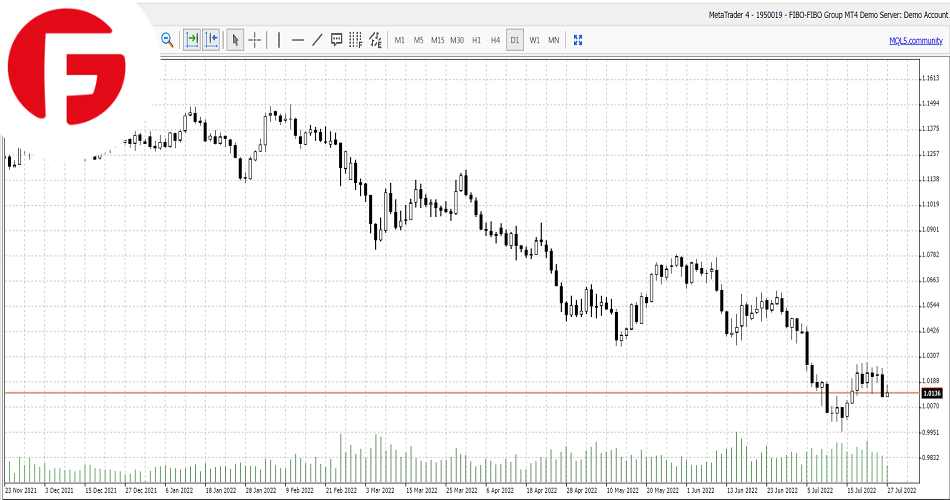 The main driver of the EUR/USD currency pair will no doubt be the interest rate decision but there is some other important news as the week unfolds such as tomorrow’s quarterly gross domestic product figures from the US while Friday will bring the release of personal consumption expenditures, the Fed's preferred inflation measure.