The Euro has received a boost early on in today’s trading session after comments from European Central Bank president Christine Lagarde all but confirmed that further rate hikes were on the way from the European central bank.

Raising concerns about the current state of inflation, Mrs Lagarde noted that the Central bank will do whatever it takes to bring in inflation which would only come through way of further rate hikes which would help reign in spending.

"Our mandate is price stability, and we have to deliver on that using all the tools we have available. We are determined to do what is necessary to bring inflation back to our 2% target." Mrs Lagarde said

The ECB has raised interest rates for a total of 200 basis points over the past three meetings, and markets are pricing in a round of further moves that would take the 1.5% deposit rate close to 3% in 2023.

"The destination is clear, and we are not there yet, we will have further rate increases in the future. The longer inflation stays at such high levels, the greater the risk that it spreads throughout the economy," Lagarde said without alluding to where she thinks rates might end up.

Inflation rose to 10.7% in October the news release showed yesterday which is substantially above the ECB's 2% target rate and is expected to remain there until at least 2024, raising the risk that businesses and households start adjusting their behavior as they lose trust in the ECB's willingness to get it back down. 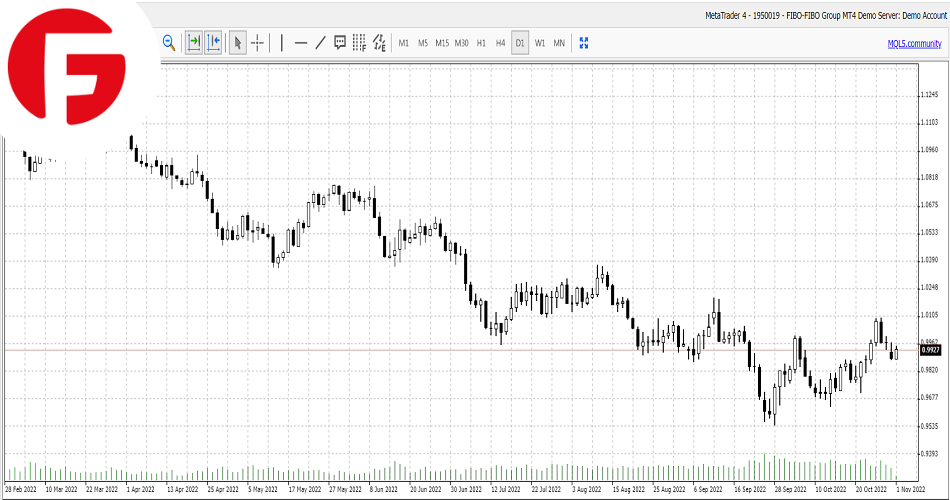 Looking further ahead today, the main drivers of the EUR/USD currency pair will be the S&P Global Manufacturing PMI and ISM manufacturing figures out of the US for the month of October and both sets of news are key indicators on business conditions in the world’s largest economy.