The Euro is now on track to reach its 6th straight day of gains against its US counterpart as we head into one of the most important trading days of the year for the EUR/USD currency pair, and the key for the trend to continue will be the results of the non-farm payrolls figure which is due for release today during the American session.

A major factor behind the Euro’s rally over the last several days was the release of disappointing jobs data from the US earlier in the week which to some, increases the odds of a disappointing NFP figure later today.

The market is expecting a number of expected 750K which is well down from last months figure of 943K, and any surprises to the downside may spell serious trouble for the US dollar, as its recent rally has been based on the premise that the Fed will begin to cut back on their bond buying program, which was introduced to boost the economy on the back of Covid 19 that has brought the financial world to a standstill.

US Federal Reserve president Jerome Powell recently confirmed to the market that any reduction of the current stimulus program will be connected to an improving jobs market.

Also underpinning the Euro was the release of yesterday’s Producer Price Index (PPI) from the Eurozone which came in at an all-time high and raised expectations that the ECB will soon announce plans for a reduction of  its 1.85 trillion euro Pandemic Emergency Purchase Programme (PEPP) even before the Fed announces a concrete date for the introduction of their tapering program. 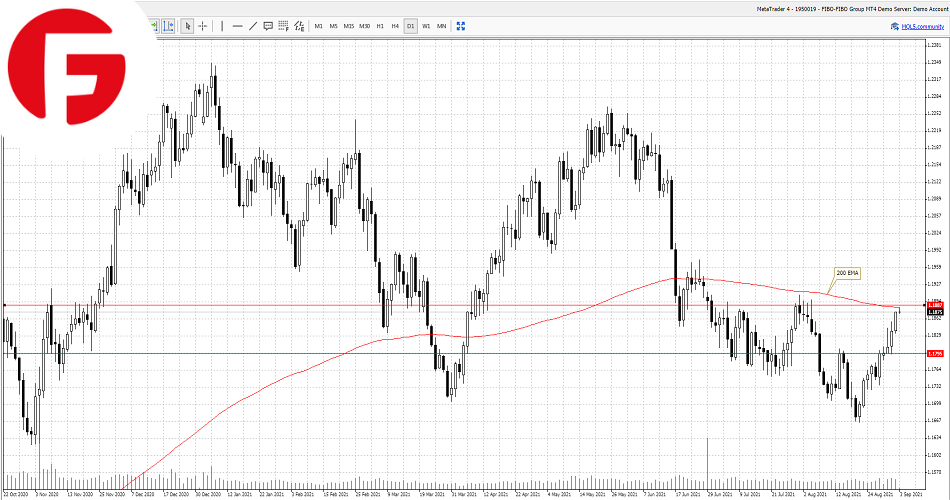 The Euro has made run for the critical $1.1887 resistance level early on in today’s trading session but has so far found this mark hard to break. Whether or not we can move above there is another matter and the way the Euro has performed this week you could make a huge argument about the US dollar being oversold at this point.

The key to this is the NFP release and the Euro would need to take out the 2 key sticking points which is the $1.1887 resistance level and the 200 day EMA to continue its rally towards the $1.1900 mark and probably the start of a serious uptrend.